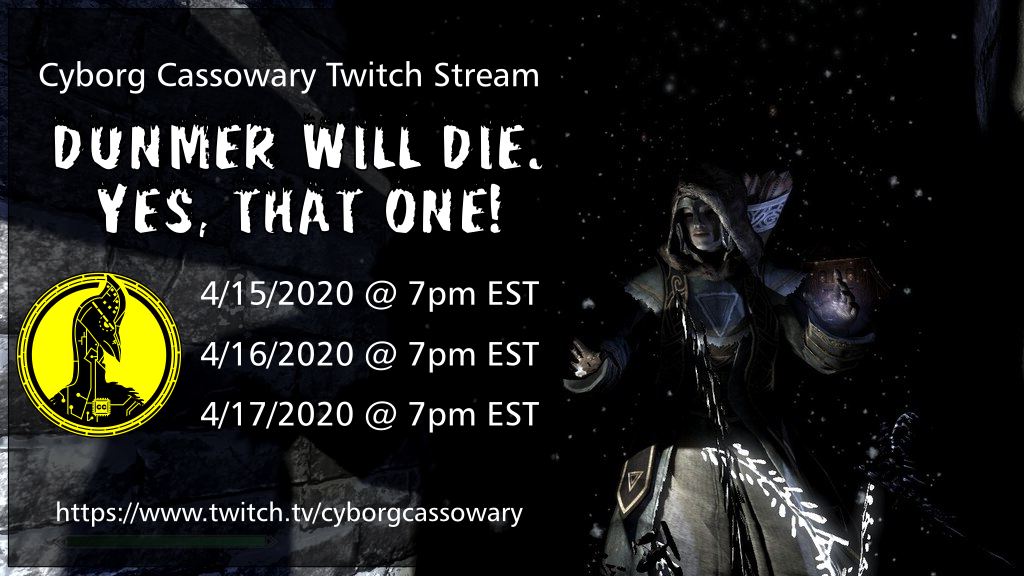 Dunmer will Die. Yes, that one! Mod list. Load order is sort of in order. I removed some of the patches for Hunterborn and the extra perk points Ruby Raven will receive (completely unnecessary since I don’t have Skyrim Redone or Ordinator in this load order). Planning on streaming Wednesday, Thursday, and Friday at 7pm EST. My stream will be hosted here: https://www.twitch.tv/cyborgcassowary

Videos for previous streams can be found here: https://www.twitch.tv/cyborgcassowary/videos

Use Mator Smash in lieu of Wrye Bash to patch my game – https://github.com/matortheeternal/smash

Respawn – Death Overhaul absolutely essential for this run cause I’m tired of quicksaving and loading.

Powerless. My latest song. Inspiration sprung from latest movie of IT and my consistent failures. Hopefully, one day, I’ll rise back to the top.

Grab a dagger, grab an axe and throw them right at me
But then you miss and I must ask
If yesterday was two days ago tomorrow
Will the day after tomorrow be today or yesterday?

Grab a dagger, grab an axe and throw one right at me
But then you miss and you go in for the kill
If yesterday was two days ago tomorrow
Will the day after tomorrow be today or yesterday?

You grabbed the dagger and the axe chased after me
Like a runaway hen
I can’t escape the Murder
If yesterday was two days ago tomorrow
Will the day after tomorrow be today or yesterday?
Would you regret your decision?
A debt you can never repay 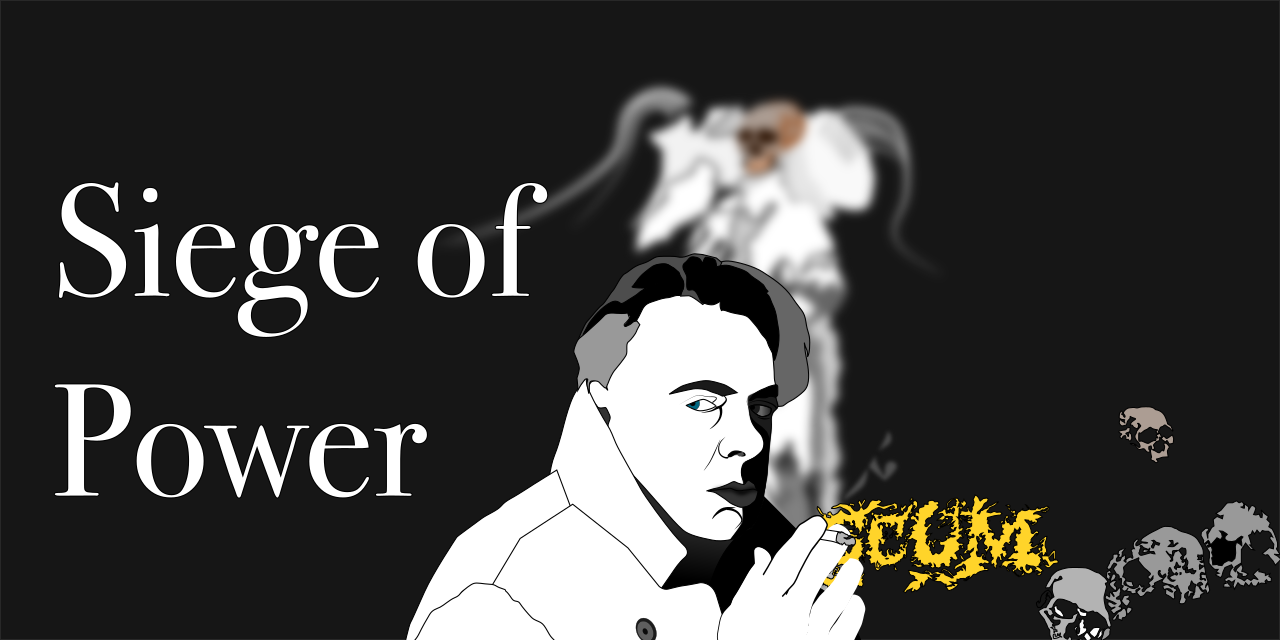 The fusion of Napalm Death’s Siege of Power dark lyrics and Front 242 like Industrial Goth Synths and Drum Beats. Christopher Hitchens samples included going on and on about how North Korea is set up strictly for worship to their leader. A leader who is dead. 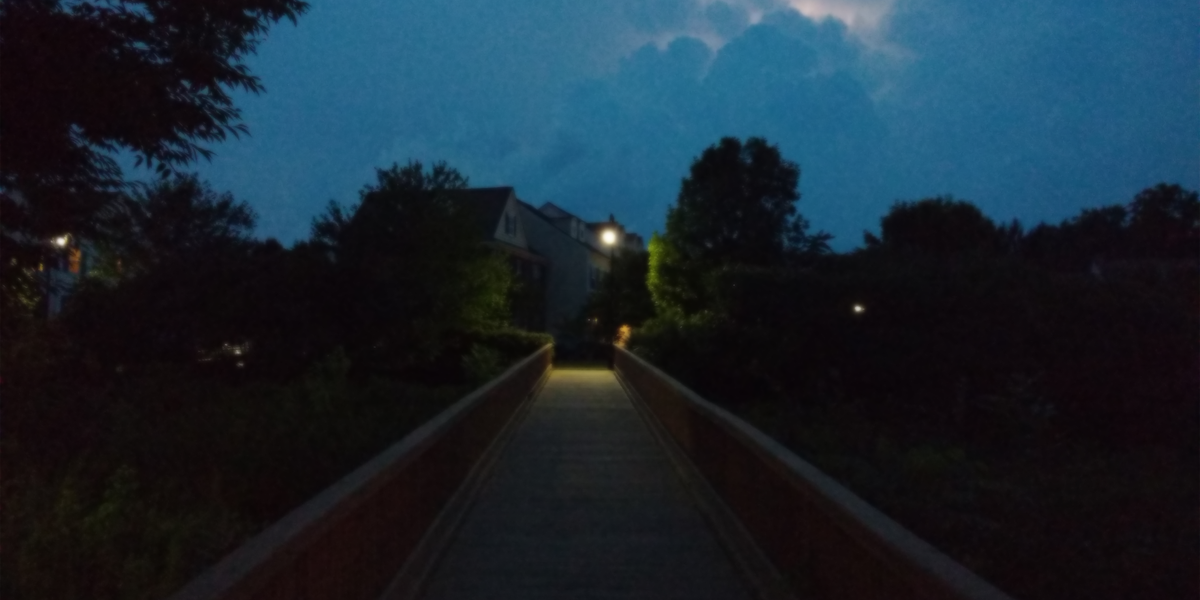 I’m not afraid to open up to you
My preference is to leave what’s behind locked doors alone.
Cause nothing good comes from breaking into them
Why are you still trying to find a way inside?

What more do you want to know?
What exactly are you thinking you will uncover?
Wherever it is you are trying to expose…
It’s not behind that vault door… don’t go in

You open up that vault door
You found the secrets I was trying to keep from you
Those three vulnerable weaknesses of mine contained in tanks
I, the Lobotomite, will be taking you out permanently 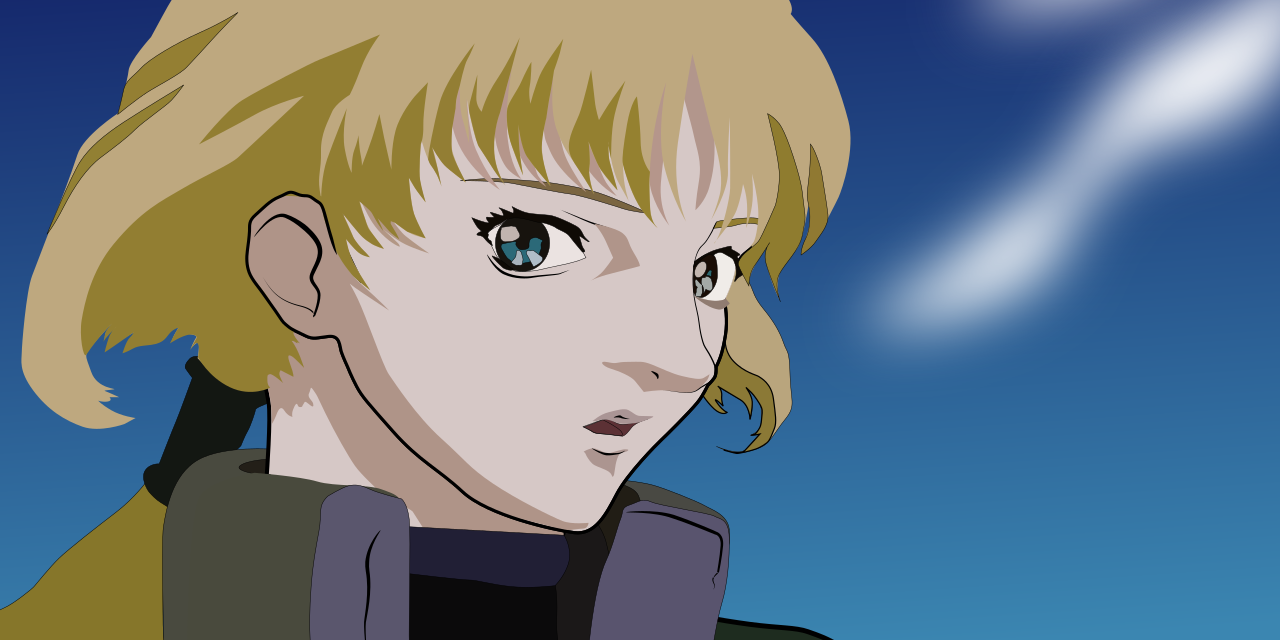 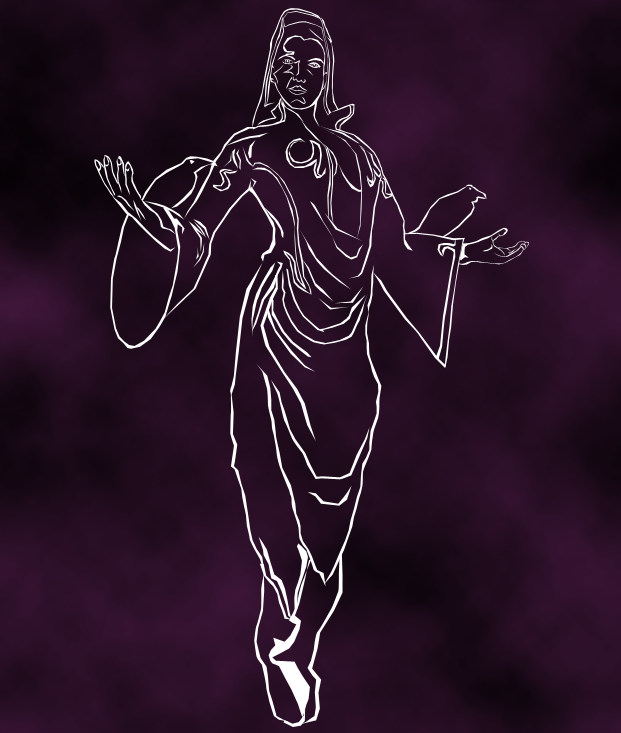 An instrumental synth track utilizing the new Alchemy features in Mainstage 3. Daedric Lord Nocturnal, I Serve Only You. For I am not a werewolf and I am not a vampire of the night; I’m just a simple thief. I want to thank Nocturnal for her grace and her luck. This song is dedicated to you.